Are You With Me

“You’ve gotta’ be f*cking kidding me!”

That’s the exact phrase I’ve joked about for years saying that it’s going to be the last thing I say as it’s be someone else’s doing or some random event that ends up killing me.

It won’t be from what I eat. Not a lack of exercise. Not due to smoking this or drinking that. Not because of a drug overdose. Not because I did something stupid intentionally.

“You’ve gotta’ be f*…” yep, my kids know the phrase all too well and have heard me joke about it more times than they’ll admit.

It’s these kinds of things that I’ve imagined: A drunk driver going the wrong way on the interstate. A wheel that comes off at 80mph. A robbery gone bad. A fall into a pit of snakes. Mauled by a bear. An explosion at a gas station because some idiot’s smoking, talking on his phone & filling gas cans in his trunk next to me. A boat that sinks because the driver hits something. A plane that goes down. A lightning strike. A giant sinkhole that opens out of nowhere. Being drugged or poisoned at a bar.

Never, in all my f*cked up scenarios, did I envision things like aliens, holograms, zombies, microwave-like frequencies, chemical sprays, power, gas & food shortages, extreme cold, record-breaking heat, weapons of MD, or mad-cow like diseases being something that would trigger my opening statement from this post.

Yet, here we are. (I certainly hope you’re aware of all this, else you’re eyes are currently popping… or rolling.)

We got lax as a nation and felt like we were untouchable. We tried to appease everyone and lost our moral compass. We stopped being a nation of leaders and, instead, became followers and followed people who were anything but leaders. We made sure everyone who said anything that wasn’t “politically correct” was crucified socially and the vast majority of people believe the so-called “leaders” have our best interests at heart.

Unfortunately, the groundwork has been laid but you won’t see it. The voices are out there but they’re not being heard. The foundation has been set and it’s solid enough to have writing on every wall.

It’s not just a phase nor a theory. I mean, really, when you know, you know. An action plan like we’ve never seen or imagined is well underway and we’re actively & gravely participating in it. It feels like a brake-less train rolling down a mountainside and picking up momentum by the minute.

What now? What then? What if?

In the meantime, I’m searching and digging and connecting and looking and hoping and I have faith that’s bigger than a mustard seed. L

I know there’s way more good people than bad. All faiths. All colors. All orientations. All political ideologies.

Drop all the narratives. We all need to come together. 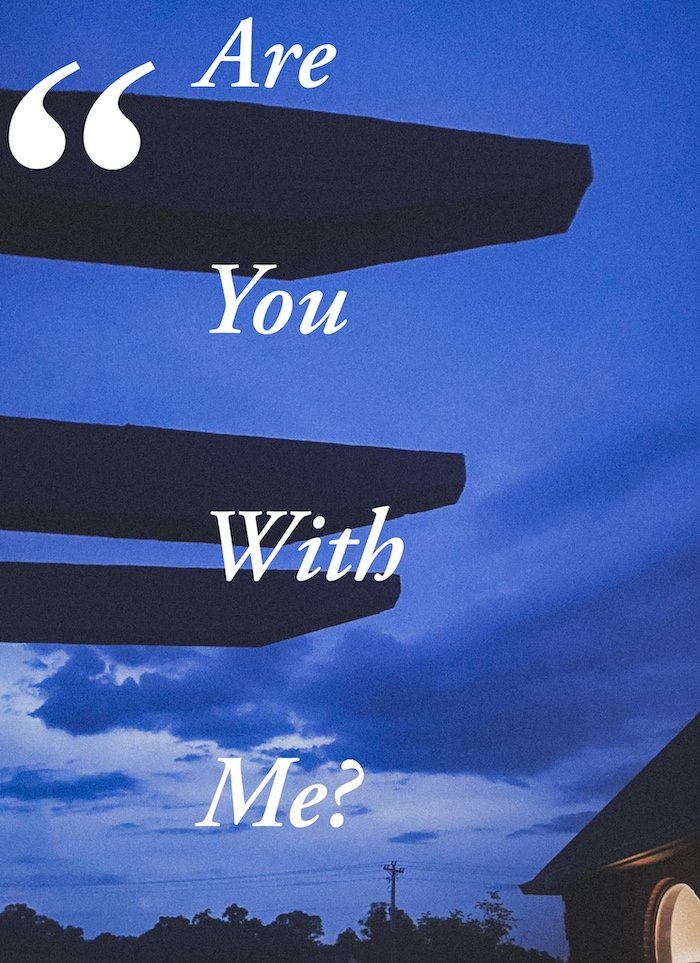 I don’t know how this movie ends, but if it ends up being “You’ve gotta’ be f*cking kidding me!” and it’s one of the ones I never anticipated, know that I’ve been watching the wrong movies all my life and I’ll be pissed and want my money back.

I prefer the ones that end with the guy getting the girl, the team winning the championship or the world being saved by a superhero.

Know this: I’m actively rooting for the home team (humanity) and if they win, we all win.

Let me know if you’re on the home team too.