Big Stories on the Green

Two firsts for these two, and it happened on the SAME hole.

A short 281 yard Par 4 where Paxton’s high and perfectly straight drive slow-rolled to the back of the green about 40 feet above and beyond the pin.

Kelbie’s drive left her exactly 100 yards from the green and in a good position. Her approach was beautifully struck and fell about 10 yards short of the green.

What happened next is what we worked on for a combined 4 hours between yesterday and this morning before we played.

Kelbie used her 56 degree wedge and her new understanding of a “pitch” rather than a “chip”.

Voila! Hit it up there nearly pin high and about 9 feet away. 9 feet seems easy, but I’ve seen many 3 or 4 putts from this distance. Nonetheless, her putt has to wait for Paxton’s.

Now, Paxton’s been eyeing his EAGLE putt and has an odd air of confidence about him due to the fact that he “drove the green”. He’s still grinning from ear to ear when his putter lowered into place and his face turned all serious and his body locked in as though he was a missile.

40 feet, slight downhill with a left to right break of about 3 feet. We worked on many putts like this earlier in the day and I was impressed as he got several to with 5 feet.

A slight over-stroke and he’ll roll it off the green. Leave it short and you’ll be sweating a long birdie attempt and then, most likely scrambling and hoping for par.

With a decent blend of confidence and optimism, he laid the smack-down on the ball and damn if he didn’t read it perfectly and put the exact speed and touch to have it break just before the hole and roll slowly in while he was already in the air jumping for joy.

His first ever EAGLE!!!!

And, sure, I had the chance to film it, but did it? No. Did I even consider it? No. Have I filmed hundreds of these and wasted space? Yes. Did I instantly regret it? Also yes.

Back to Kelbie. She’s never had a PAR and here she is with a legit chance. Do I film this one? No. Do I consider it? Also no. Did I also instantly regret this one? Yes.

Yup! She drained it. She yelled & screamed “PAR!!!!” with excitement. I closed my eyes and cringed while I saw my chances of father-of-the-year go down the drain. They celebrated and high-fived each other and started to walk away. 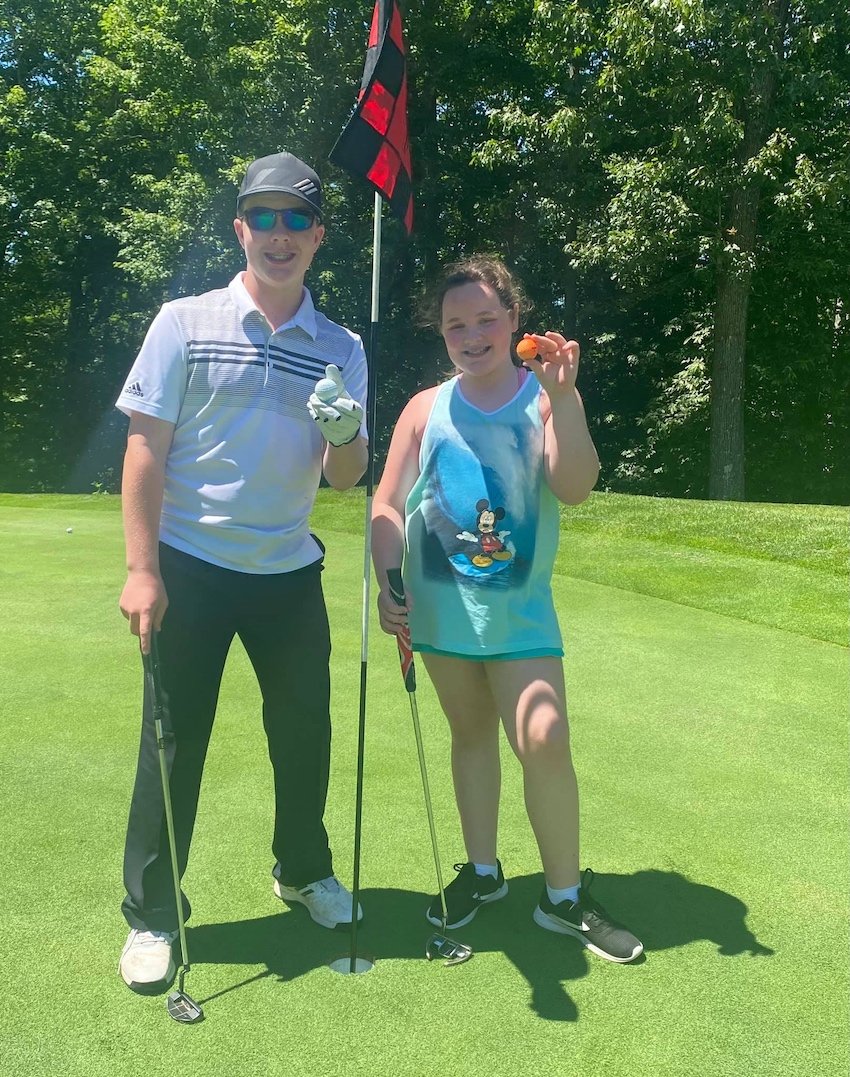 And that was that. The magical moment came and went and they went back to being siblings and I went back to recording shots that don’t go in.

I guess some memories are meant to only be told as stories.