Cold Brew In the Afternoon

Last week, while traveling, we ended up with a cold brew at a coffee shop ONLY because their regular coffee machine (for hot coffee) was down.

We reluctantly accepted due to the overwhelmingly lethargic feeling that had overtaken our afternoon.

It’s been years since we’ve had a cold brew, but not for any known reason.

Like, I can’t think of a good reason, whatsoever, as it was every bit as good, if not better, than I remembered and it took all of one sip to bring the same kind of smile you get when you see an old friend after a several year gap.

By the end of the cup (probably 3 minutes later), Joanna was on her phone and looking up how to make it.

Who knew there were so many recipes and options? That said, several made the final list and were attempted this week and she’s now smiling at the finished product.

Afternoon lethargy solved with a smile. I think we’ll call it “Afternoon Delight”. Surely that’ll not be misconstrued. 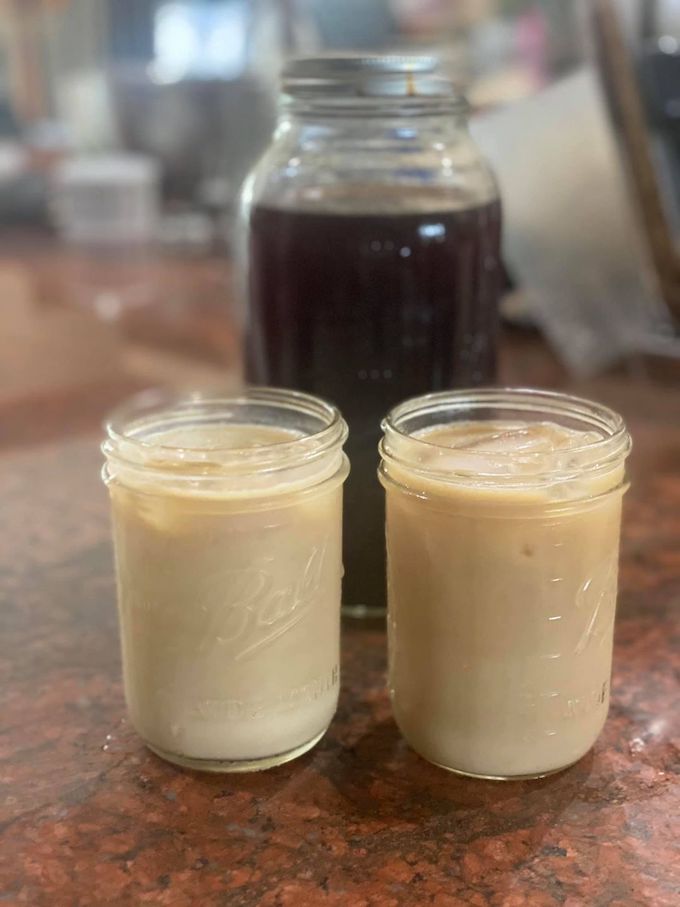