What FEARs do you have? I mean, real FEAR?

Fear is natural and is critical for survival. Fear keeps us alive as it promulgates action and alertness. Fear is our emotional response to threats that are real.

One time, while in Alaska, I experienced actual fear. After a series of decisions that I now regret, I found myself about 50 yards (maybe a little less) from a very large Bull Moose. I wanted the perfect picture so I carefully traipsed my way through an area where I was ready as the moose had it’s head down and was eating gracefully. One last step to get into position. As I stepped and transferred my weight to my right foot a branch that was under me made a deafening snap that “awakened the beast”. I froze as the moose’s head shot up and quickly located the source of the sound. Me. Something between a moan and a groan came out of that moose as it lowered its head while making a beeline straight for me. If ever there was a time when I could have outrun my shoes it was then. The “chase” probably only lasted about 5 seconds before the moose veered off, but the fear I experienced has, so far, lasted a lifetime.

That was actual fear.

My response was warranted and it kept me alive. I was in immediate danger (my own fault) and fear flooded my system in a helpful manner (rightfully so). And, this was one of several actual moments of fear in my life.

We all have them in some form or fashion. You’re probably thinking of something that once happened to you when true fear came knocking on your door (hopefully not literally).

Our response to fear feels the same whether it’s an actual threat or a perceived threat. Losing something or the potential of losing something (freedom, a car, a house, our rights, a loved one, money, a job, a friend, etc.) can also feel the same. The feeling is real because we believe we know what happens after that “thing” we’re fearing happens.

Actual FEAR is different than F.E.A.R. though.

Over the years I’ve heard and thought about a couple of acronyms for fear. The one that has stuck the most is False Evidence Appearing Real. This type of fear is when there’s no immediate or perceived threat or loss at play, but rather, it’s just a scenario we’ve concocted in our heads. It’s a made-up story we tell ourselves that keeps us from doing or trying something.

Most of the time we end up with a F.E.A.R. of doing something or talking with someone because we have no idea what the possible outcomes will be and that terrifies us. It could be as simple as a teenager making a phone call and booking a tee-time or calling a customer service line to troubleshoot a GoPro. “No, no, no… I don’t wanna’ talk to them”, “What do I say?” “What do I say is wrong?” “When are we available?” Sweaty hands. Anxiety. Chest pounding. Eyes bulging. “Can you please just talk to them?”

It’s easy to “think you know” something about the situation and make a judgment call that further scares you. Immediate worst-case scenario, right? The more you actually know, the less your F.E.A.R. becomes.

Also, many people F.E.A.R. change because they don’t know what will happen once the change takes place. “What will it look like when….” or “What will so-and-so think if I do ________”. Worse is when you hear of someone else trying something and they failed or had bad results – “I once heard about a company that tried XYZ and they’re no longer in business” or “My friend tried that makeup and got a horrible rash so I’ll never use it.” Again, this F.E.A.R. is based on a lack of knowledge or experience. The more you inquire and learn the less you make up in your head.

When you’ve never done something you have no idea what failures feel like and then your mind fabricates all sorts of interesting tales. And, to be clear, a “failure” is really any negative result or something you deem “bad” as an outcome. Anything bad that you know of automatically becomes your future reality. Your mind creates False Evidence and it Appears Real. It’s not true FEAR, in the sense of the word, but it’s certainly something we F.E.A.R. This type of F.E.A.R. often creates procrastination and causes us to shy away from people, places or things, unnecessarily. Heck, this type of F.E.A.R. is precisely why many people don’t take dance lessons or cooking lessons. It’s unfounded.

In other words… F.E.A.R. is an illusion. It’s an illusion we all have from time to time and that’s to be expected. We just have to learn to recognize it. 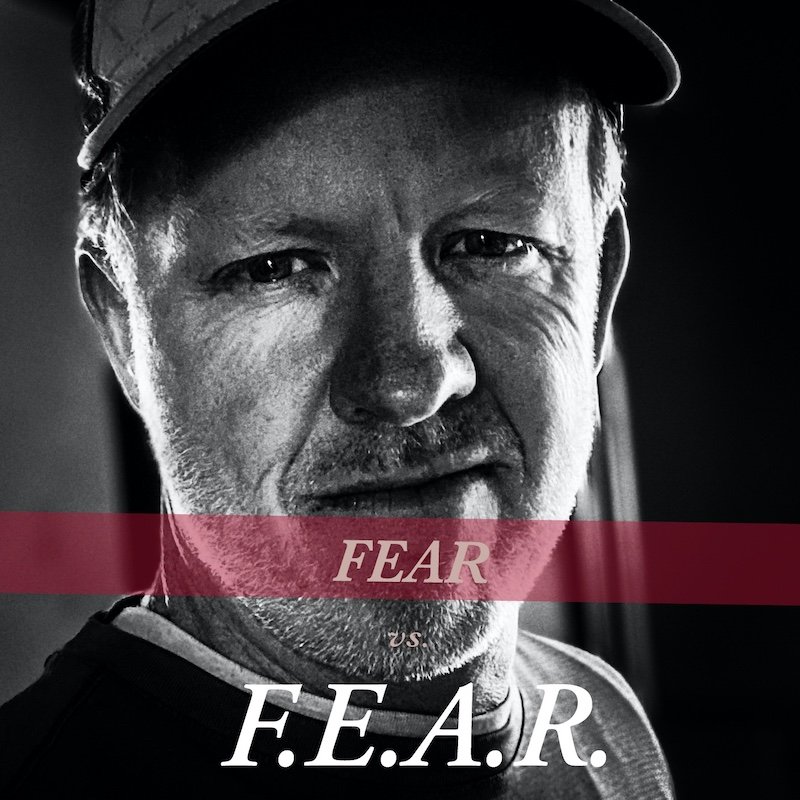 Once we experience people, places or things on a deeper level we have a basis for what to expect. We no longer “fear” them. Think about how much “fear” you had before jumping off a diving board that first time or the first time you “talked someone of a different sex”. Or, the first time you swung a golf club or had to play goalie in a soccer league. We all suck at things the first time we do them and then we get better. It’s that pre-first time that creates the scenarios. After that, things get easier and our F.E.A.R. subsides.

One of my favorite writers, Seth Godin, once wrote about this and said “Anxiety is nothing but repeatedly re-experiencing failure in advance. What a waste.” And that’s really what this is about. The longer you sit and think about things, the greater your F.E.A.R. for them gets. The “unknown” gets the best of you and often causes further inaction.

The more failures you experience, the less you truly F.E.A.R. because you have a basis for what kinds of things could go wrong. And, the things is, you just have to show up and try new things (certainly with good judgment). Don’t waste much time or energy sitting and wondering about everything that could possibly go wrong or how silly you’ll feel or look.

The more you do and understand, the more you’ll enjoy the process of doing and learning new things. Fear is an emotional response that has its time and place. Literally. Don’t artificially create FEAR just to get through new experiences.

Live a life where you dread less and enjoy more. Save FEAR for moments where you need to react. Believe me, they exist and you need to stay alert to them. As for the self-imposed F.E.A.R., find ways to look for or create actual evidence to go by. And don’t give up after a single failure – getting through the “valley of despair” is a critical step along the pathway to success. (more about the “valley of despair” soon)

Now, I’ll change up the question. What true FEARs do you really have?

The idea here is to clear up your mind a bit and let go of ideas that are holding you back. The more you know and explore the world around you the easier it is to find yourself and separate true FEAR from made-up F.E.A.R.

And, really, let’s get to the point. The end goal here is to F.E.A.R. nothing at the end of the day. Or, better yet…