For two years now she’s scored in the 90’s and then 80’s and has flirted with the 80 mark time and time again.

Well, let’s just say she’s taken an interest in Sports Psychology over the last year or so.

Yesterday, the temperature felt like it was near 120 degrees out and, though we played, no one was excited about today’s tournament until…

… they heard about the weather…

A “mild” cold front came through last night and this morning, at 5:30am, I told them the expected high was going to be 79.

Breanna immediately fired back and said “That’s right! A high of 79 today. Today’s the day!” 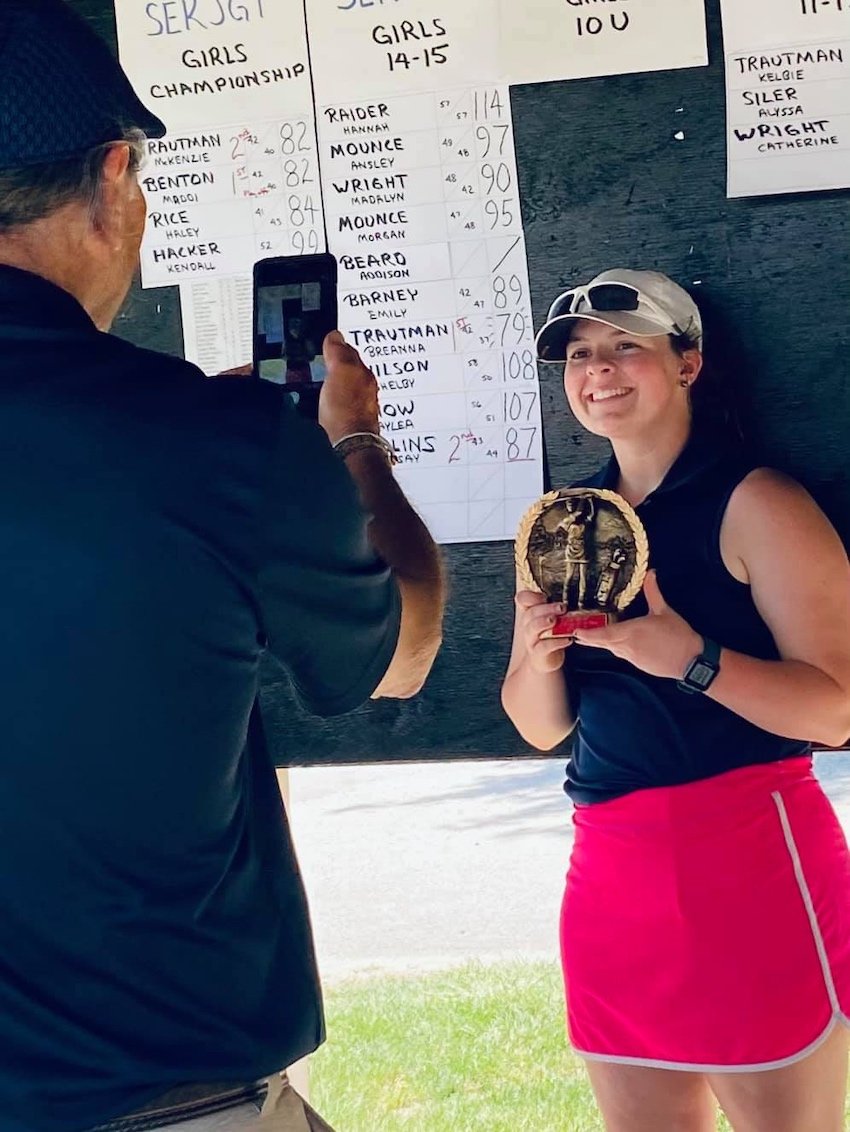 And, she also won her division, but did I mention she broke 80 for the first time? ⛳️👍💪🏆

Please extend a nice loud “ATTA GIRL” in your best possible meme or voice to this sweet young lady who finally did something she’s wanted to do for a long time.