Participation at Its Finest

We had a first yesterday.

And, before I share the story, let me say I’m not a fan of participation awards…. at all! And that’s what makes this story even more classic.

My understanding of what went down yesterday was that Paxton was part of an online class where they’re required to sign in.

Every now and then an award is given to someone just for showing up and participating.

In this case it means signing in and paying attention.

Well, Paxton logged in and promptly left his computer on as though he was there and “participating”. Unbeknownst to anyone, he was off somewhere else learning about something different on his own.

(he’s not good at sitting still when he’s bored – which is why we’re going back to homeschooling on Tuesday). 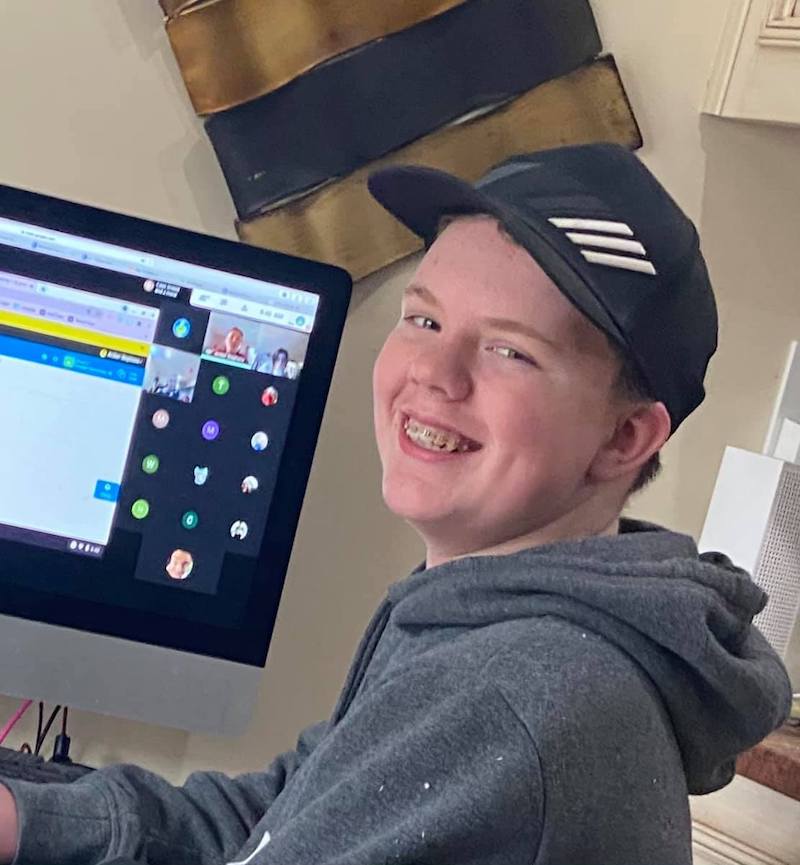 At some point during the class it was announced that he won. Not sure what it was, but it was something worth winning. Yay! Well, kind of. He was logged in but unresponsive for some reason?

How could this be?

Shortly thereafter, we receive a text message stating that he “won” but wasn’t responding.

We thought “that’s odd”, so we went looking for him to inquire.

Surprised that we were looking for him he said “what did I miss?”

We shared his teacher’s text message and, with a snicker and a smile he said “aw, crap!” and ran back to his computer to ‘claim his prize.’

When he got there he saw that he had been timed out and had to log back in to which he promptly heard “Welcome back, Paxton!”

And then the question “did your parents share my text message with you?”

And that’s when I captured this picture.

Um, so yeah… to the best of my knowledge he’s the first Trautman to receive a participation award without even being there to participate!