Can you see it? I took this picture of our sky a moment ago to use as the basis for what we can’t see. 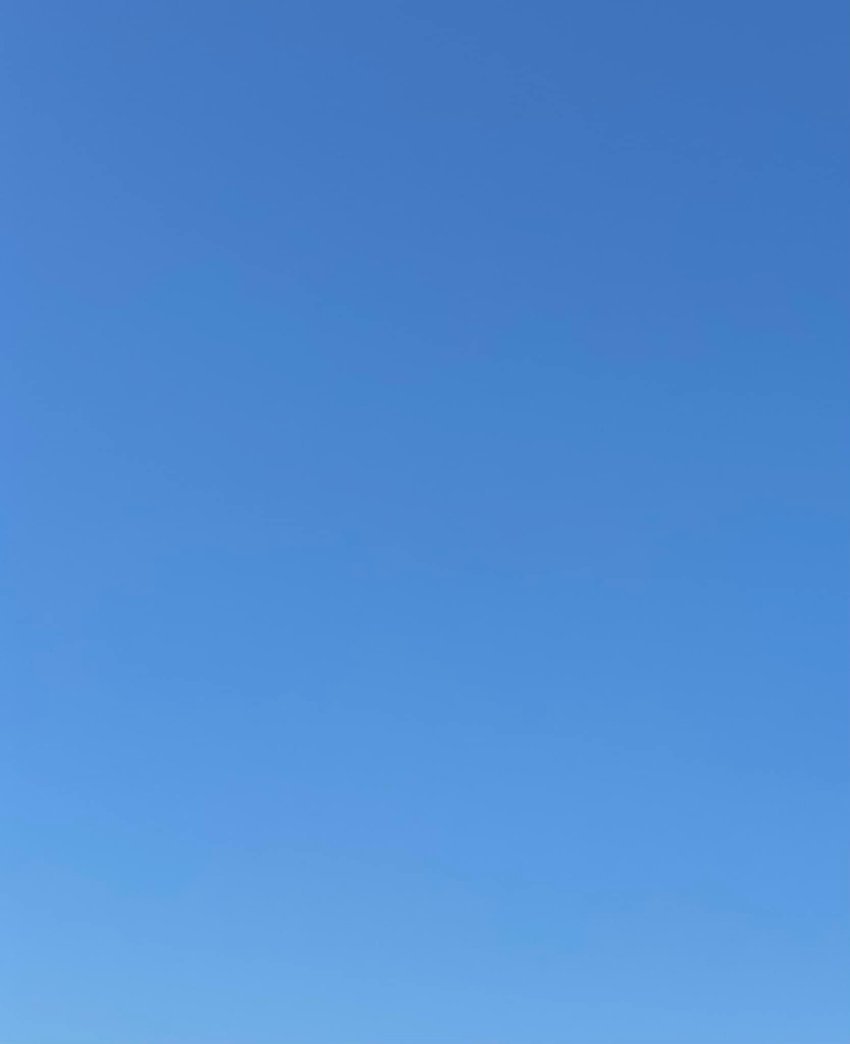 My response here is based on a comment I received from a friend this morning on my post from 4 days ago. I won’t touch on the first part related to the 1918 pan to the demic, but I’ll touch on the others. This may help a few of you “see” the blue sky differently and learn more in the upcoming days as you go off and enlighten yourselves… here goes. Donna – good questions. Lots of direction to go on as it relates. Let’s just look at EMF radiation by itself. It’s absorbed through the skin, so everyone has at least some exposure. The levels are cumulative and the risks have been well documented since at least the 70’s from what I’ve seen. There are different types of waves and levels so the exposures are different based on what you use, come in contact with, drive through, stand in, etc. None of that should really be up for debate. The studies that have been done (there are many you can look up) show that it affects every major system in a body, and exacerbates any underlying conditions at it causes cellular debris that trickles throughout our bodies. Are the long term effects clear as it relates to our new technologies? No, because they’ve not been out very long, but there are many (and I mean MANY) scientists and doctors that have raised a red flag in recent years based on preliminary findings. All of that can be found and verified doing a couple of searches related to GGG plus two more Gs and radiation and studies. Actually, each generation has it’s own levels and wavelengths and frequencies it touches. Now, to touch on another point of yours. Each household has different levels of bandwidth based on what is available in your area, what you’re paying for and what the usage (from your shared area) is at the time you’re using it… and then, of course, it depends on if you have a strong or a weak signal, what material your house and interior walls are made of, how close you are to said device, how long you’re holding it or accessing it, etc., etc. That all influences the exposure levels. Much like alcohol, there’s not a set amount that can affect 2 people the same. Age, weight, diet, exercise, nutritional density, metabolism, and any underlying conditions all matter. The levels of heavy metals in your body matters as they can create extra conductivity, meaning the more we have taken in related to our diet or what we’re breathing, or whatever, the easier it is for the electrons in a person’s body to jump from one molecule to the next, creating cumulative changes that can affect the person. All that said, each household will have different exposure levels (the constants in the house relate to your router(s), and any fixed devices, whereas how close any of us gets to said devices during the day and for how long makes a difference) and will have different outcomes. Plus, just because we’re in the same households, we don’t all have identical bodies, lifestyles, underlying conditions, etc. and have different cumulative amounts as well as different exposures in and outside our house. Very little of what I just wrote (above) is debated. The debates come in what it causes long-term as they have rat studies (to most closely resemble humans) and only a few others that they can glean information from. They also know & have reported for years that electromagnetic hypersensitivity (EHS) symptoms include headaches, fatigue, concentration difficulties, flu-like symptoms, sleep problems, depression, and lack of energy. Sounds strangely familiar. And that was all prior to the release of the newer technologies that were being rolled out in the beginning of last year. It’s all well documented and is easy to find. I mean, really, for those who want to trust the science, take a look at what the scientists said, have been saying, and continue to say to this day. How it all plays with what’s going on today is also up for debate as there’s not an easy way to test for said levels nor know when they trigger different immune responses. So, there we are. It’s “something” in and of itself and something we all must face regardless of whether or not it’s the “main” problem we’re dealing with right now. Now, if you believe it’s nothing and you also are afraid to put your face up to the glass on the outside of a microwave that’s running, then there may be a logical contradiction in your thinking as a good RF meter will show nearly the same levels of radiation from many phones and devices as well as what’s in the air near many towers that have now been put up. Seriously though, don’t take my word for it – test it yourself and look this stuff up with a critical eye and an open mind. A couple of hours of reading just may change the way you see blue skies.