Just received this text from a friend in the Tampa, FL area. 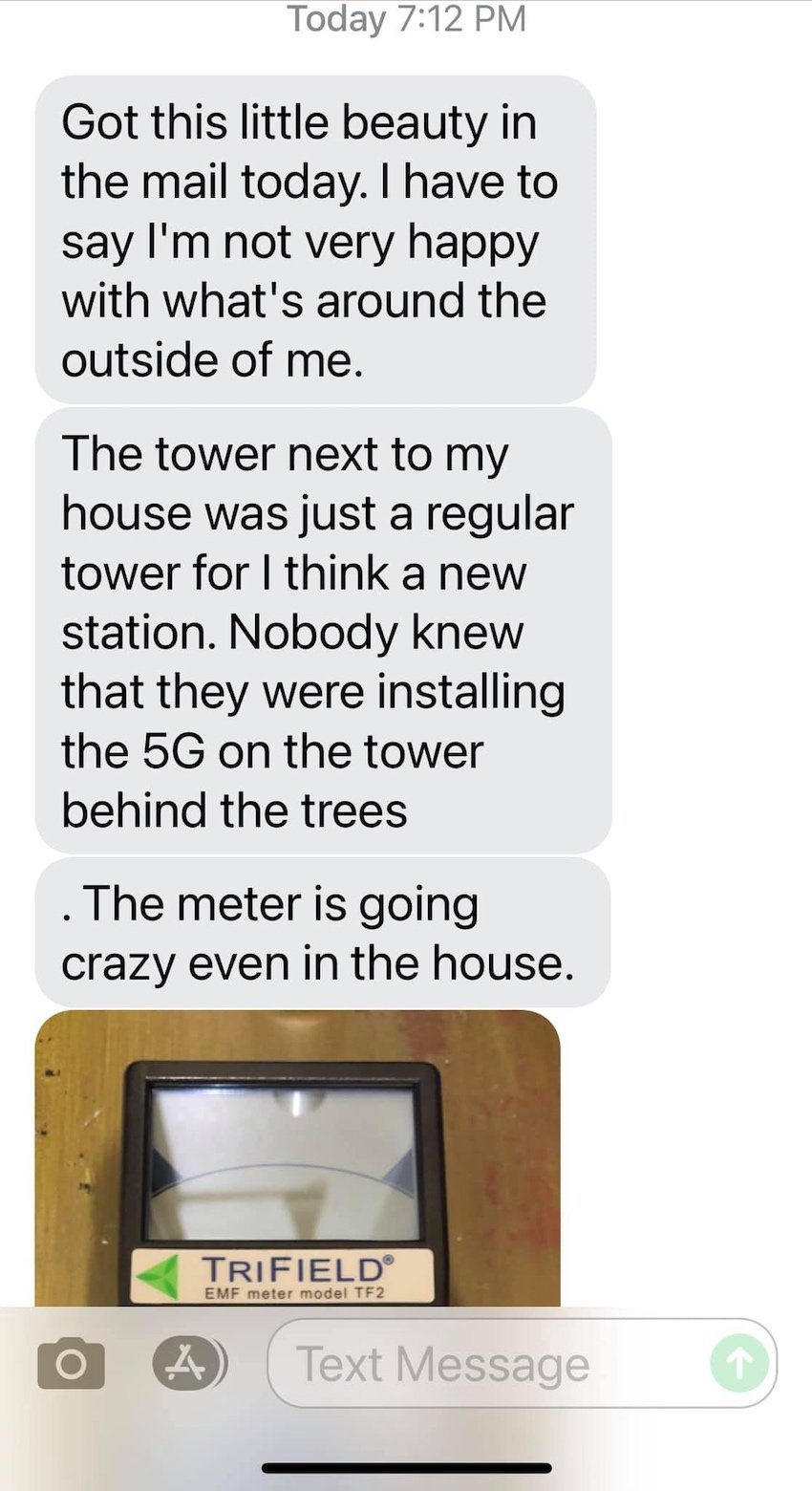 Based on my recommendation to “see for yourself”, he did and has a whole new level of awareness that he’s not happy about. His meter, in his house, was pegged out at 20+ in the video he sent me, which is 100x the safe level of radiation that the device shows on it’s paperwork and on the company’s site. And, sure, it’s a consumer-grade product, but it definitely picks up readings that are comparable to the high-end devices. It’s consistent, for sure as I’ve tested mine hundreds of times and, often, in the same areas, and get the same readings.

To read more on “what is”, take a look at what a number of researchers, doctors & scientists put together and all the supporting documents, stories, research papers, etc., on 5gappeal.eu as it should help you understand that this is NOT just low-level frequencies and radiation that are harmless. Please, friends, read with one eye open to the very real possibility that it’s not made up. I won’t tell you my opinion, but I’ll also say I’ve read through a ton of literature and watched a lot on info videos on the subject. If you think it’s nothing, carry on.

If you’re on the fence, read or ignore. It’s all there for the taking.