This Could Get Heated

Although this could get heated, it needs not get this hot (see yesterday’s ridiculous unedited pic after we completed a round of golf)… truth be told, we’re all on the same team and need to help each other.
. 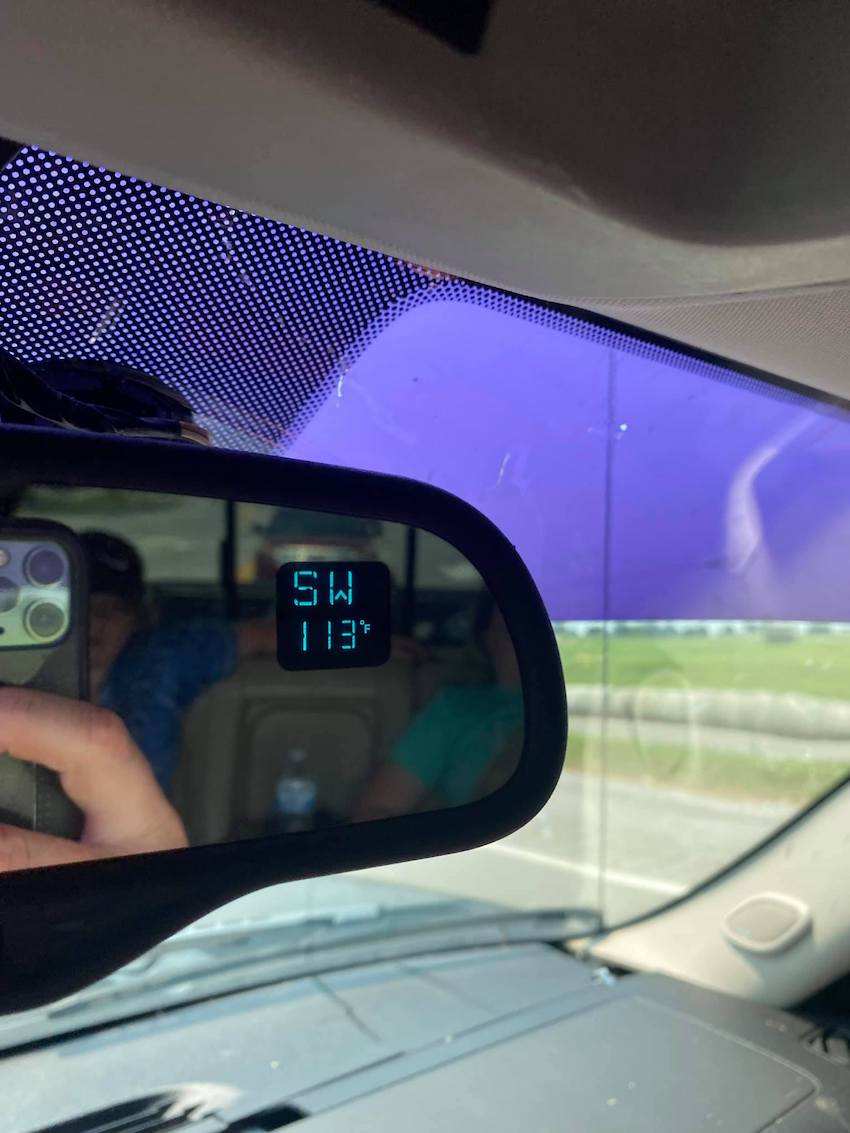 When I was in grade school, debating information was easy. We all had the same starting points. Often, a teacher would hand out a couple page summary of something. We’d all read it and we were all expected to talk and debate what the conclusions were.

I doubt anyone questioned the data nor asked for the source. We just all read the same thing and we came up with different conclusions. It was all based on whatever paper or papers were given.

As time went on, we had to cite resources so others would know where the information came from. Mostly teachers, but sometimes it was information for debate. Usually, we’d all just talk about what was on the news back then and whether or not someone had “heard the latest” whatever.

Again, we had common starting points and very little variance.

It was by design, and yet we still couldn’t get consensus… on much of anything.

Fast forward to now… as adults.

The only thing really “given to us” en masse is on the major networks. Programming has been a thing for years and has been optimized for viewers and to “sell” fear.

Outside of that, the rest of people find their own sources.

Sources that are not as well funded, or as well viewed, or as popular, or as anything… but does that make them less credible?

What is credibility anymore? Interesting question. I’ll say what it used to be. Credibility used to be something that was prized.

Credibility was earned over time where integrity was demonstrated above all else. Telling the story accurately was important. Doing research on the facts was important.

Keeping opinion out of reports was important. “Reporters” used to report the news as they believe it to be accurate.
And then there’s now.

Often, reporters are hurried from one story to another and “told” what to say. This is widely reported that it’s “scripted”.

There are countless videos showing dozens, sometimes hundreds of “reporters” or “anchors” spewing the EXACT same story, word for word, at the same time, in harmony, to different audiences that believe that it’s local and happening “here”.

Who’s right? The one you trust?

Yesterday I was told by a couple of people that my “sources” must be the problem and that I should consider something different for forming my opinions.
Interesting.

Personally, I don’t trust a single source anymore, but rather, I pay attention to as many of them as I can. I watch clips from CNN, FOX, the White House briefings, Press briefings from other countries, declass documents, independent journalists, those showing live videos as things happen, a vast number of doctors with breakdowns, both for and against things, lawyers with breakdowns, nurses with breakdowns, humanitarian groups, military groups, groups that expose others and show the how and why, and executives with breakdowns related to how it all comes together and hits the marketplace, and I have my own first-hand knowledge of what I see that most can’t (related to my EMF reader).

Do I believe all of them without question? No, not necessarily, but that depends on who and what it is… and probably the day. Do I watch people I don’t care for but listen to what they’re saying, knowing there’s some truth to it, regardless? Absolutely. Do I ever hear a name or a source and immediately discredit them without giving them a chance? Never.

I don’t know what’s real anymore, but I look, listen, and try to figure it out as quickly as I can so I can know whether it’s important for me, my family, and you and yours.

Interestingly, several people assumed something yesterday and it caught me off guard. Apparently, since I’ve heard and perhaps been at least somewhat influenced by a particular group or groups, that everything I wrote about must be wrong.
Without knowing the sources.

Understand this. I rarely shoot from the hip and put something out without thinking it through. I have a fairly lengthy track-record of pretty solid information and only a few times do I interject my opinion. I’m interested in dialogue and conversation, not likes. I’m trying to help others and, as I stated yesterday, if you were here, in my house, you can be assured we’d be talking about all these things in detail and trading sources and understanding from each other. I wish that was the case.

I want to see the cards you’re holding and you can bet I’ll show mine as I think each of you that sees this deserves to at least be exposed to differing perspectives. Sometimes, people with no official credentials have gripping stories that absolutely make sense and drive others to action. That’s how “viral videos” happen. It’s not always the “experts” who have filtered info down or played to their funding source (again, not always the case).

So, to my point – those of you who think my “sources” are suspect, I can only smile. If I only listened to people on my street I’d bow my head in shame and hide, but that’s so far from what’ll happen. If we had an open and honest way to share what all I have and have seen, we’d all be having talks about what’s happening, but that can’t happen (because it’s easier for you to believe that it doesn’t exist).

Truth be told, the truth can’t be told. Not by you. Not by me. Not by any of us. Because it would unite us and that’s the worst thing that could happen for those who want the control.

You’ll see – you may soon be told to be fearful of your neighbor or anyone who thinks differently than you. You may have to take sides. You may have to fight for petty privileges only to realize it’s your own team you’re fighting against.
Sure, it’s all just my opinion and conclusions based on what I’ve seen and been exposed to, and maybe I’m 180 degrees off… that’d be great for us all.

If I’m right though, we’re about to see friends as we’ve never seen them before, treat others as we’ve never treated them before, and stand for things we never thought we’d stand for and we won’t exactly know why… all the while, we’ll see our own freedoms and liberties slip away and we’ll blame “the other side” (which is still our team) while other countries do the same.

And yes, there was a time in history where this has happened and we all thought it couldn’t happen again.

For those who doubt me, I’ll be fighting for both sides as I think this is the wrong fight. I’ll keep paying attention to what affects ALL of us, not just the side I want to prevail. I hope all this goes away and we never have to bring it up again. I hope the future is as bright as we’ve all imagined.

Until then, dig deep and please don’t assume my sources are “sus”.

I see yours, too, and keep them in mind.

Blessings to all of you, now and into this next phase