Who Is SHAWN TRAUTMAN?

Over the past 18 years, Shawn has taught over a million students, sold hundreds of thousands of copies of his DVDs, popularized the WYSIWYD method, developed the instruction model for the entire “Picture Yourself” series of books, helped countless entrepreneurs with business strategies… and that’s just the start.

LEARN MORE ABOUT SHAWN BELOW 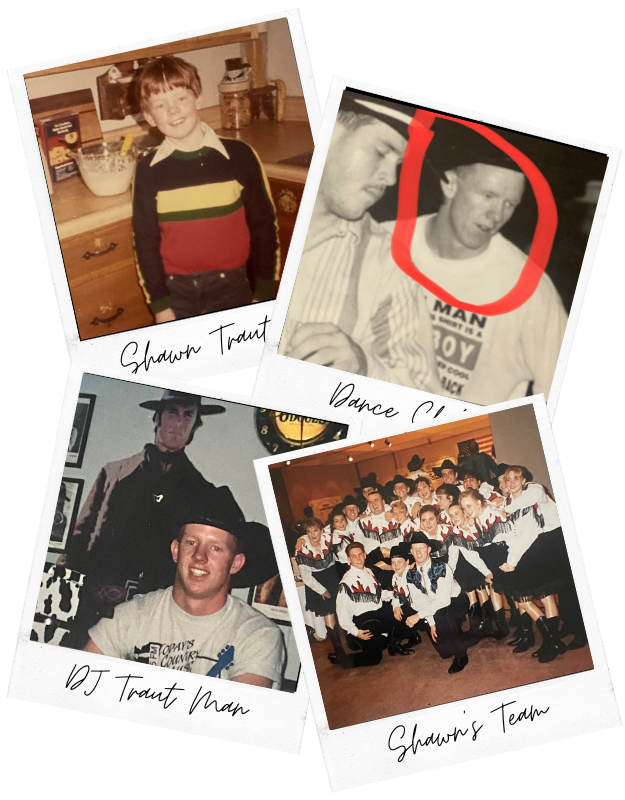 Shawn Trautman has been breaking sales records since the age of 8. First, with candy bars in the Cub Scouts (300+ sold in a day), then in garage sales (was paid to “man” other people’s), then in church fundraisers, then in restaurants, with his own lawn service, with baseball card sales, and with lemonade stands… all by time he left middle school.

In high school Shawn played baseball, basketball, tennis, and football before an injury sidelined him and he took up dance. He started an after-school dance club and began teaching his friends.

By the time he graduated, he had opened his first nightclub, learned to be a DeeJay, and built a competitive dance team that would go on to place 2nd in the World Championships overall with several 1st place trophies along the way.

In 2003, Shawn had his first breakthrough success with in-person seminars about the time he and Joanna found out they were expecting. He sold 2-day workshops after building a complete sports-related dance curriculum that was marketed to couples who were getting ready for their “First Dance”.

Two years later, Shawn created and launched his first online product, a DVD called “Line Dance Groundwork”. He followed that up with three other dance lesson DVDs and would spend the first six months doing market research and truly listening to customers. He learned more from that experience than he did in all of his MBA program and previous schooling.

One year and 25 DVDs later, and Shawn received his first book deal. Shawn partnered with his wife, Joanna, and developed the entire teaching model for the “Picture Yourself” series that would go on to be used in over 100 books worldwide. Thomson Publishing released their book, “Picture Yourself Dancing” and sold out their initial 10K book order in the first year.

Over the next several years, Shawn would go on to develop and produce over 75 full-length DVDs while building his own studio and production facility as well as a warehouse for all fulfillment. Shawn’s products were widely distributed and sold in over 140 countries worldwide.

In 2016 Shawn led his team to a complete digital makeover and began selling digital subscriptions for his Signature Collection (see below) while working with students online and building his consulting business and writing on the side. 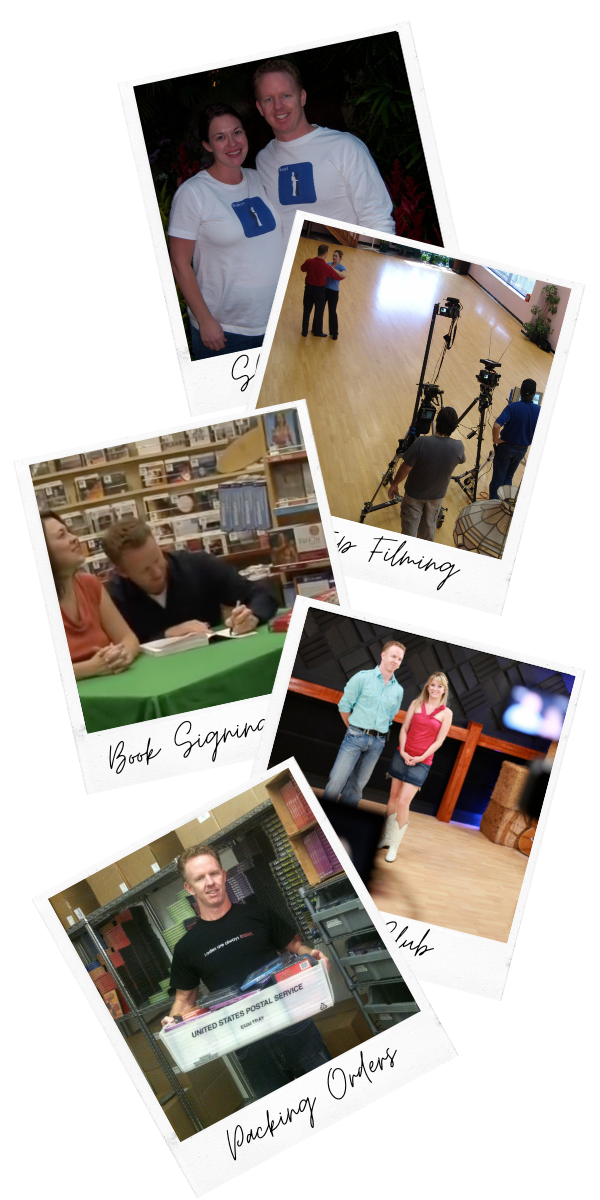 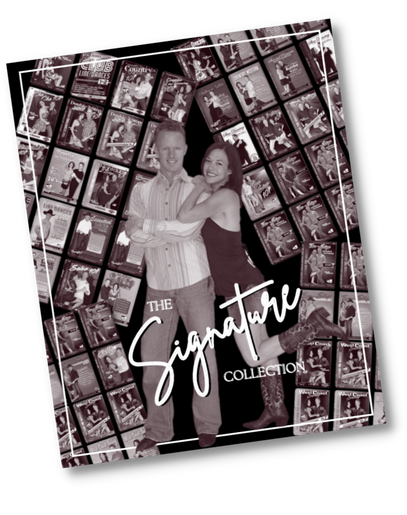 Shawn Trautman’s Signature Collection is the most comprehensive dance instruction package in the world.

With millions of views on his lessons from students, Shawn’s published and sold over 100,000 copies of his instructional DVDs, popularized the WYSIWYD method, and built an entire learning management system online that makes the lessons easier to follow than ever.

As of 2023, Shawn’s training, teaching & lessons were used in over 1000 schools, universities and dance programs with more joining daily.

Shawn is a family man, married to the love of his life and business partner, Joanna Trautman. Shawn spends his days working with students, building businesses, writing stories & meeting people. Together, they have four high performing children and live outside of Nashville, TN.

Shawn grew up in New Hampshire until age 10 when he moved to Clearwater, FL. Shawn met Joanna when he was in the middle of his MBA while working as an Engineering Planner at Raytheon and she was shifting from college graduation to her own career. A year after meeting they were married and she was working with the Dept. of Veteran’s Affairs and making waves with her vast number of strengths and assets related to learning.

Two years later Shawn & Joanna would be a year into their new venture while also still both working for the Govt. and they’d welcome their first of four children over the next six years. The “family” part rerouted their attention and they then focused on building a business that would allow them to spend more time at home and that’s exactly what they did. Fifteen full time employees later, their online business had exploded and Shawn’s dream to get his lessons to “the masses” was well underway. 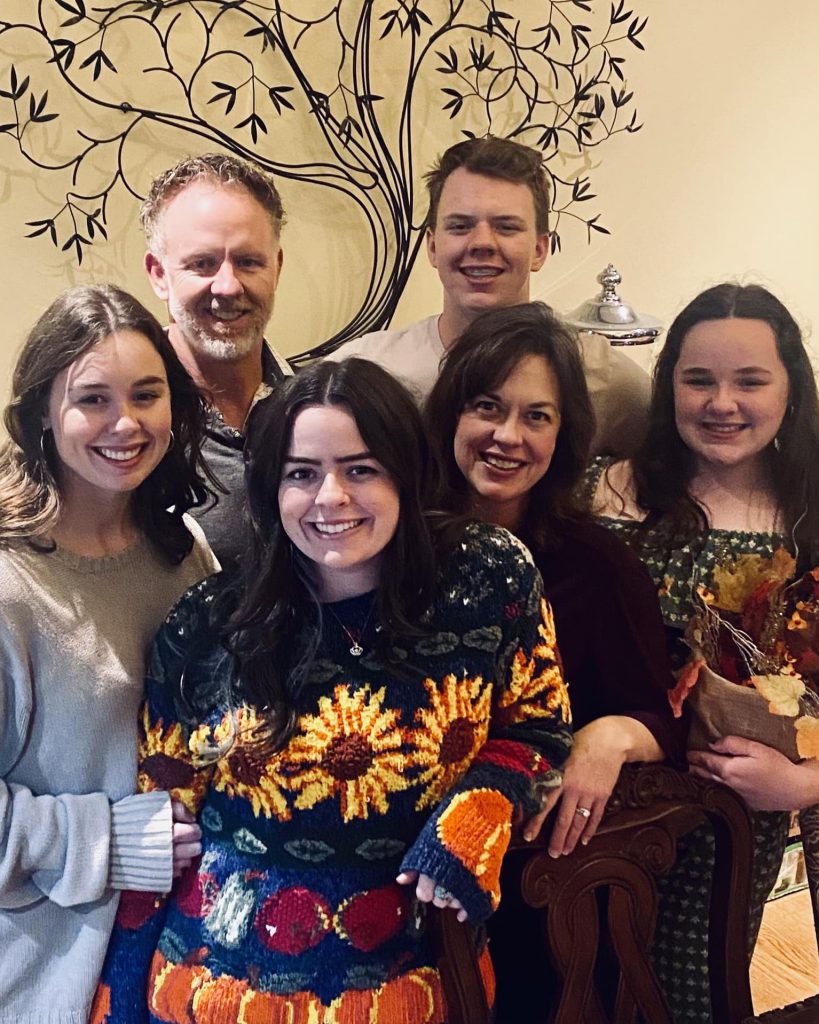 GET TO KNOW SHAWN BETTER

Breakthrough Method Discovered for Senior Citizens Over 20,000 Successes to Date 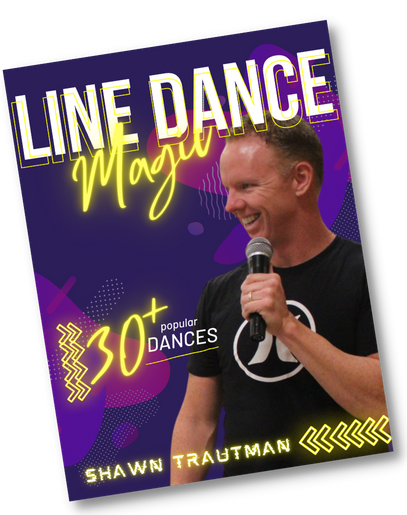 There’s one little trick Shawn uses here you won’t find at a club or studio and it works … Every Time???

Once you shift from taking lessons in a club to using Shawn’s methods, everything magically changes overnight. No longer will you have to stand where you can’t see, guess at words you can’t hear, practice whatever you can remember on your own, whether you’re right or wrong. Here, Shawn reveals his greatest tricks to mastering the look, feel & flow of the world’s most popular line dances.

There’s never been an easier way to start dancing. Implement these highly effective tricks now so you can be out enjoying the world and dancing with your friends like there’s no tomorrow.

Find out why this is the BEST SELLING collection in Texas Sold 1000+ Copies to this state ALONE!

How long does it take to become a two-step wizard? The answer has everything to do with your lessons…

Drop in on a 2-step class and you’re 10x as likely to quit than by using Shawn’s system. In this one “everything you need to master the two-step” system, Shawn delivers the exact roadmap you need to turn new information into muscle memory.

Don’t get caught on the drink rail another song. Implement these proven time-and-time again techniques now so you can find the confidence to become a leader, dance with anyone you want, and make the best of every night out.

GET SOME FREE 2-STEP WIZARDRY HERE

Unusual Teaching Method Knocks The Socks Off Of In-Person Lessons and Over 7500 Students Are Loving It! 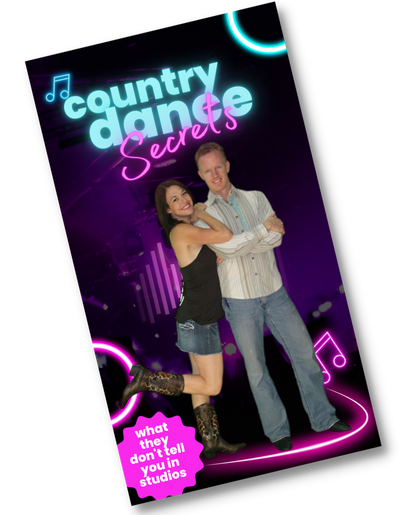 These Little-Known Secrets take you from brand new to looking like a country dance pro overnight!

Most people quit country dance lessons after a single visit to a class at a nightclub. That’s because there’s not a system that makes sense like there is here. Lucky for you, there’s a path already paved that’s chock-full of inspiration and hard-to-find pieces of the puzzle that make it smooth and easier to follow than ever.

If your goal is to be an impressive dancer, you owe it to your partner to invest in yourself today as you’ll find immediate success from the get-go. Don’t waste another minute, an iota of energy, or even a dime going any other route.

This is our #1 product for repeat customers. Sold 4000+ Copies of this ONE system! 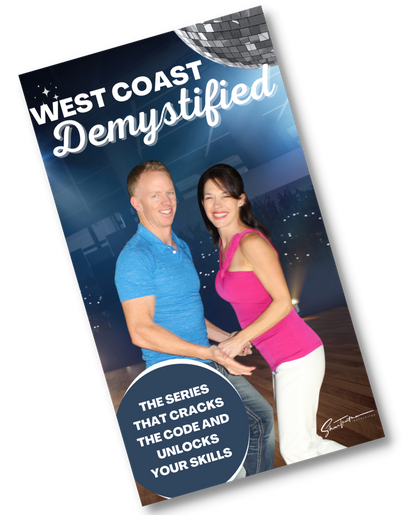 Go on a journey unlike anything you’ve done to date with your current dance lessons!!

If you’ve recently fallen in love with West Coast Swing, this system will help you flesh it out. If you’re new to the dance or struggling at all, the hidden nuggets within will demystify it and make it make sense. And, even if you think you know WCS, this one-two power-punch of a system will take you to the next level.

Once you’ve finished this system and worked through all the mind-blowing strategies you’ll have a foundation like very few others, a new-found excitement for lead & follow dance, and you’ll have moved the needle forward in your life at the perfect time.

This is the BEST SELLING couples dance we have for a reason Sold 10000+ Copies!

This is the moment where your life transforms and ALL Music has new meaning to you!!

A plethora of classic and foundational swing dance techniques are revealed here that will allow you to command the dance floor, understanding music and timing like never before, and mastering the emerging moves before most people even know they exist.

Don’t wait for the dance hall to come to you. Implement these evergreen lead and follow strategies now so you can find your people and focus on blowing their minds with all the new moves you now have.

Hands down, this is the BEST SELLING set for True Beginners Sold 1500+ Copies!!! 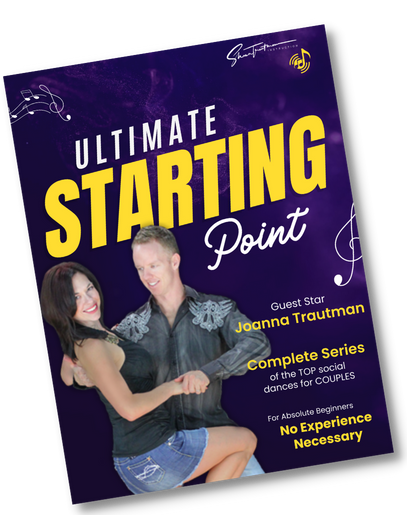 Quickly Find the Beat AND Look Great w/A Time-Tested, Revolutionary System For The Most Popular Dances!”

Shawn reveals all his secrets for beginners in this never-before offered collection of classes. Everything that was hidden to you will be exposed and you’ll have complete access to what very few dancers know and understand so you can quickly move up the ladder of success.

When you’ve finished this system, you’ll be so energized you’ll wish there were more than 7 nights in a week. You’ll know the right looks, steps, and moves and never have to worry about sitting out the next dance… unless you’re tired! 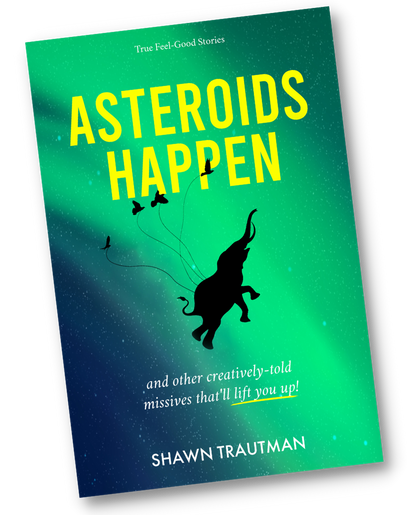 and other FEEL-GOOD stories that’ll LIFT YOU UP!

If you enjoy Feel-Good stories that keep your mind guessing while your funny bone gets tickled, then this well-crafted book of inspiration, family, commitment & humanity is your ticket to happiness.

GET FREE PREVIEW OF BOOK BEFORE IT GOES AWAY

The book that will change the way you think as a leader… Instantly! RELEASE DATE: MAY 1, 2023

Mindset Hacks Every CEO, Manager & Coach Should Know: What You Need But Won’t Learn in School

No longer is it acceptable to lead others without a deep dive into the mind of what true leadership looks and feels like. Here, you’ll explore the depths of leadership  and how to master your mind by doing the little things that make ALL the Difference in the World.

If you’re serious about wanting to be the big fish in your pond, be willing to swim through each chapter of this thought-provoking book while feeding on every last little secret as though your career depended on it… because it just might!

GET FREE SAMPLE OF BOOK BEFORE THEY RUN OUT

This is the WHAT-COMES-NEXT adventure book of an incredible journey RELEASE DATE: JUNE 1, 2023 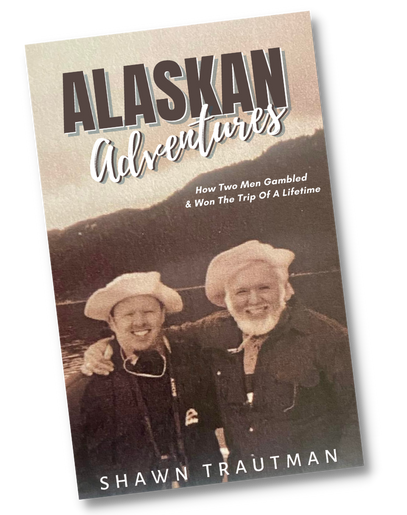 How Two Men Gambled & Won The Trip Of A Lifetime

What would you do if you landed in Alaska and had NO plans for 3 weeks? No car. No place to stay. No tours booked. No anything. Well, that’s what we did.

And, what an adventure it was. Come along and explore with us as we venture out via plane, train, steamboat, raft & car while traipsing through the wilderness alongside moose, grizzlies, caribou & more.

GET FREE SAMPLE OF BOOK WHILE SUPPLIES LAST

The book that started it all… Literally! This book launched the Picture Yourself series EXACTLY 10,000 Copies Sold!!! 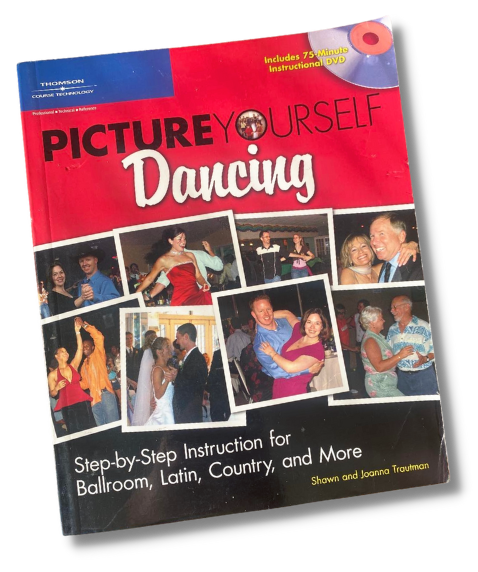 It’s day one of your dance class and you have no idea what you’re getting into. So many choices. So many styles. So many missteps you could take. This book lays down the law and smooths over all the obstacles.

Quite possibly the best value you’ll ever get for your money in the dance world, this incredible resource was completely sold out on its first run and is now available via e-book only.

PICTURE YOURSELF GETTING THIS BOOK HERE

The long-anticipated and highly requested collection of STORIES EXPECTED RELEASE DATE: MAY 1, 2023

For Those Who Want To Be The Best They Can Be

Most don’t care. Most want “just enough to get by”. Most want the “quick fix’. Not you though. You want to stand out because you “know it all”. You want to be the “go to” person that everyone looks up to for advice.

This collection isn’t for everyone. It’s for those who enjoy all types of music, those who want to teach others, those who need to set up curriculum for their dance schools or classes, or those who just want to be able to dance anywhere at any time and look great!

GET A FREE TRIAL VERSION HERE 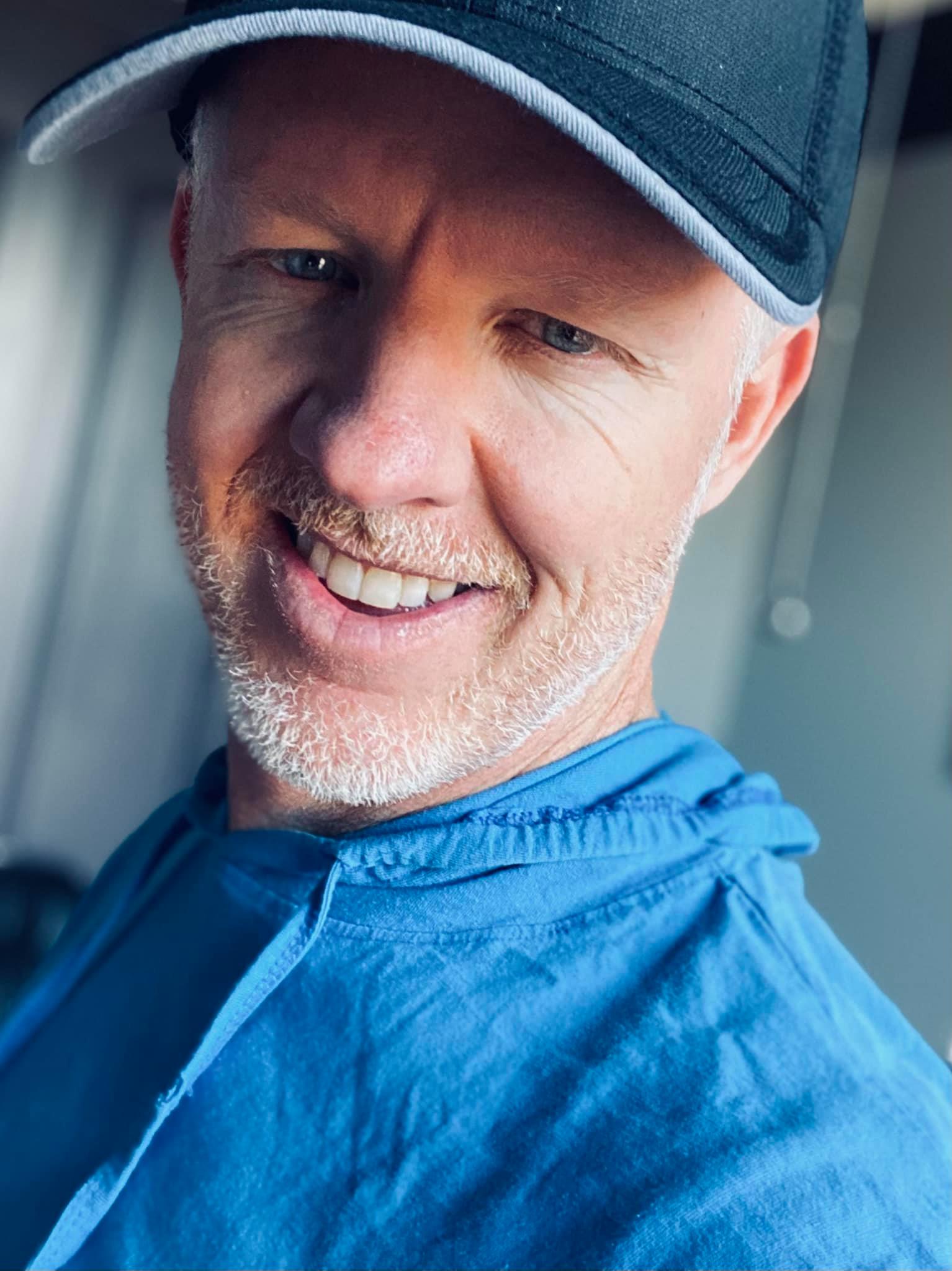